The pinnacle of soda Can models, the peak of soda can modeling creations preserved in printed media. We showed the world that there was no limit to building with soda cans!

Whether you’re an up and coming soda can models enthusiast or old hat It doesn’t mater. You’ve come to the right place! Even if you’re just curious or you want to perfect your craft a bit more, we welcome ALL fellow soda can modelers!

Soda Can Models has been around for almost twenty years now in some form or fashion. And during that time, we’ve had the opportunity to build soda can airplanes, soda can tanks and even some soda can Sci-Fi projects. Some of them have become so renown in the Soda can Community and others have even made it into printed media. Some have even been a part of film and TV productions. We’ve made appearances in HBO productions such as Gran’Pa Knows Best. And one of our soda can models will be featured in the upcoming TV show, The United Space of America coming to Bric TV this year.

When were we featured in Printed Media?

We were selected to participate in the Scale Talk section of FineScale Modeler Magazine in 2018. Our award winning Life Size Soda can R2D2 had been making the rounds. Eventually we were asked to submit it and we were eventually featured in the March, 2018 issue.

But that wasn’t our only appearance. Soda can R2D2 was such a big hit he was later selected to appear in Star wars insider magazine. We were later featured in issue 180 of the fan publication and the rest as they say is history. If you want to know more about our Film and TV appearances, head check out the link above and learn about how our models have made film and TV history! 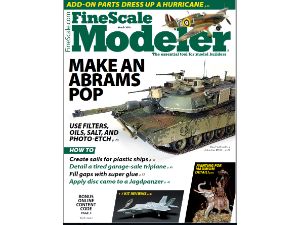 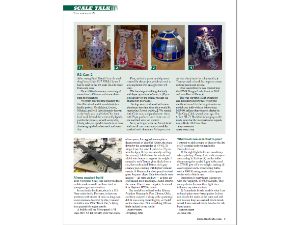 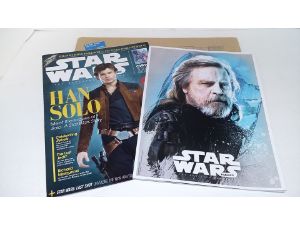 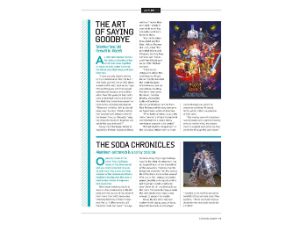 LOOKING TO BUILD MORE THAN JUST A SODA CAN WITH WINGS ATTACHED? THEN YOU’VE COME TO THE RIGHT PLACE!

OUR PLANS ARE ALWAYS JUST 5 BUCKS! HOME OF THE BEST PRICED & MOST REALISTIC DIY SODA CAN PLANS AVAILABLE ANYWHERE!