The evolution of our soda can model plans and soda can airplane templates took us almost twenty years. So how did we reach the summit of soda can modeling greatness?

Well, let me tell you.

Soda Can Models was born from necessity over twenty years ago. As a former IT professional, I found myself suddenly unable to continue the daily grind. I was struggling to fight with the devastating effects of Reflex Sympathetic Dystrophy. For those who are curious, RSD, otherwise known as CRPS or Complex Regional Pain Syndrome is a rare chronic pain condition. Most often it affects one of the limbs (arms, legs, hands, or feet). It usually occurs after an injury or trauma to that limb. CRPS is characterized by prolonged or excessive pain and mild or dramatic changes in skin color, temperature, and/or swelling in the affected area. Sounds fun doesn’t it?

Not really, but I came to the conclusion that doing something productive was far better than sitting around dwelling on the pain combined with numerous procedures and medications I would have to endure. By early 2002, I found myself unable to keep working full time. Medical retirement loomed and I knew that I needed to find something to do to occupy my time or else I would drive myself, my wife and my kids all crazy.

Twice during my battle with CRPS, I found myself confined to a wheelchair and twice I fought my way back out. The last time, I swore that I would never go back, and I haven’t since. The fight is daily, but through Soda Can Models, I have proven that I have not been handicapped by my condition. As Janet Barnes so eloquently put it, ‘I am physically challenged and differently abled.”

The origins of Soda Can Models

It was then that Soda Can Models really took flight. We started by selling our unique models at Craft Shows and Flea Markets with the help of family and gained a following. Our first models were unique and different, but hardly as detailed as what we build now: 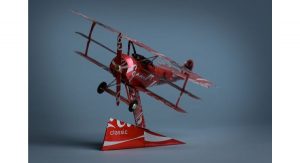 We threw ourselves into this newfound passion with everything we had. We were determined to find a method to produce the most accurate and stunning soda can model plans ever created. By 2006, our passion for building can models caught the attention of  a local Hobby Store.

We were eventually invited to sell our products in the shop. Eventually we were commissioned to build upcoming IPMS model shows in order to showcase our unique modeling skills. Using our imagination and skill, we began our most ambitious project to date. We were asked to build a 4 foot long Antonov An-225 with a 48 inch wingspan. Despite still recovering from another surgery to my spinal column, I set to work. We poured everything into the An-225 project. A few months later, a stunning work of art emerged. And I knew we had found a way to produce  awe inspiring and unique soda can model plans. 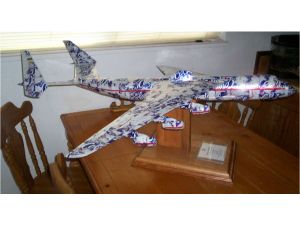 We were encouraged to enter the Antonov An-225 into the Miscellaneous other than plastic category during the show. To our complete surprise and shock, the  An-225 took third place during the competition. Using the techniques we had learned, we set about establishing a system to create models of all types. this included cars, tanks, aircraft, and much more.

We took on the challenge of building a large scale project for each yearly IPMS show while continuing to evolve our craft. Soon Soda Can Models evolved from just a past time into something far more. We knew it was time to share our passion for can building with the world. And so we kept building and producing highly accurate works of can art. Since then we have produced arguably some of the most stunning works of can art ever built. These include a six foot SR-71 Blackbird now hanging at Beale Air Force Base:

And our infamous and most ambitious Life Size R2D2 project: 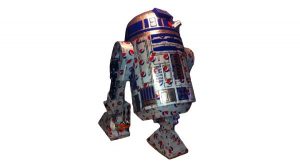 So as you can see, Soda Can Models came about under unique circumstances and has taken on a life of its own. Our models and plans don’t look like anything else on the web. And that’s just the way we like it. Big things often have small beginnings and that’s the story of Soda Can Models. We’re not finished yet, not by a long shot.

In fact, we’re just getting started…

LOOKING TO BUILD MORE THAN JUST A SODA CAN WITH WINGS ATTACHED? THEN YOU’VE COME TO THE RIGHT PLACE!

OUR PLANS ARE ALWAYS JUST 5 BUCKS! HOME OF THE BEST PRICED & MOST REALISTIC DIY SODA CAN PLANS AVAILABLE ANYWHERE!